With the recent mass shootings in Indianapolis and Atlanta, our communities are reeling. Our hearts go out to the families who have lost loved ones to senseless and avoidable violence. While passage of the COVID-19 Hate Crimes Act and the Jabara-Heyer NO HATE Act are important steps towards making long-overdue improvements to the government’s response to hate crimes, it takes place during an incredibly difficult time for the country.

Protection is paramount. However, we recognize that as Asian American communities are calling for action to stop hate and violence, these calls are happening against a backdrop of police violence against communities of color—especially Black and Brown communities.

We have been humbled by the solidarity and support many have shown in response to anti-Asian hate. But it is difficult to celebrate a system that is willing to respond to violence against Asian Americans, while continuing to perpetuate violence against other communities, including those within our own.

The indiscriminate killing of people of color at the hands of police must stop. Then we need a deeper commitment to invest in our communities, outside of law enforcement based solutions, so that we can address the sources of violence, not just the aftermath."

More details can be found at: COVID-19 Hate Crimes Act passes in the Senate

Asian American and Pacific Islander Civil Rights Organizations on the Coronavirus: “Not a Green Light to Target Asian Americans and Asian immigrants with Racism and Hate”

On February 07, 2020, the The National Council of Asian Pacific Americans (NCAPA) issued a statement regarding racism and COVID-19, which reads:

"While the coronavirus represents a legitimate public health concern, it is not a green light to target Asian Americans and Asian immigrants with racism and hate. We are concerned with the growing xenophobic rhetoric that harkens back to the dehumanizing, anti-Asian trope of the “yellow peril,” that was used during the 19th century.  We have consistently stood against efforts to cast our community as “perpetual foreigners,” and sadly, we find ourselves having to do so again.

We call on news outlets and social media platforms to do more to curb racist and inaccurate content in addition to removing misinformation on the coronavirus alone.

National Director, Gregg Orton added: “Many Asian Americans are just as concerned as everyone else about the coronavirus--even more so considering how in some cases, our extended families could be impacted. But to let someone’s health status be a measure of how American they are is absurd. Mass hysteria will not help, and neither will bigotry. Be better than that.”

More details can be found at: NCAPA Statement on Coronavirus Racism 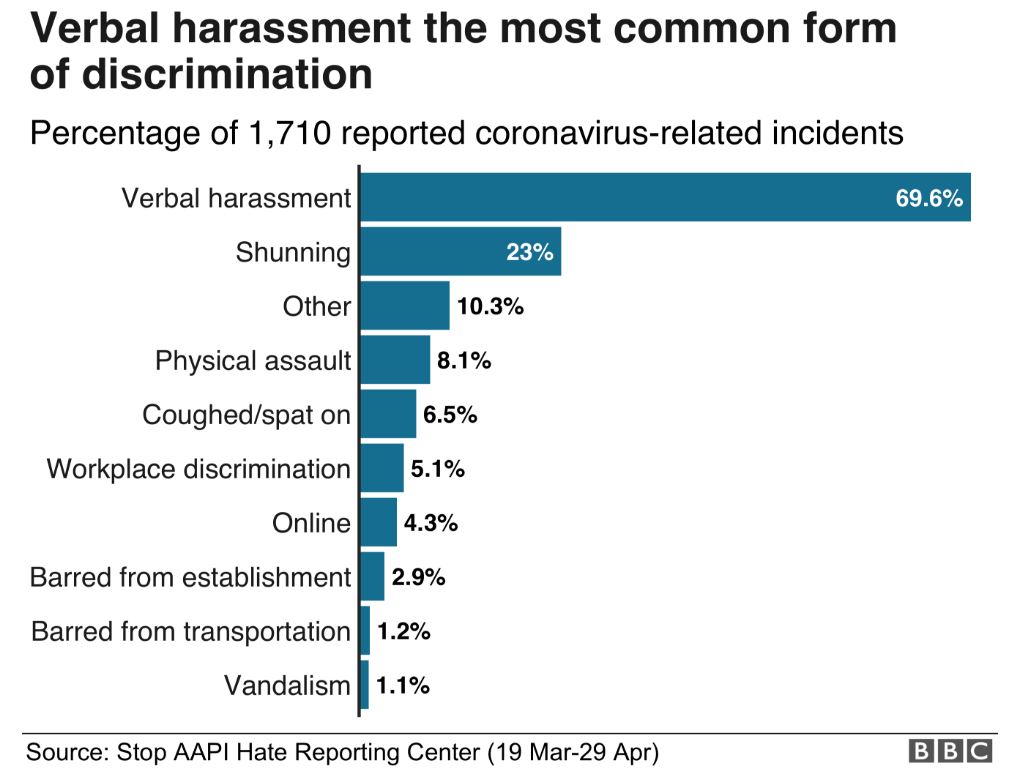 Ascend:  Ascend is the largest, non-profit Pan-Asian organization for business professionals in North America. Established in 2005, Ascend has grown to serve professionals and corporations across various professions and across multiple industries. Ascend reaches 60,000 people with 30 student chapters and 17 professional chapters located in both the United States and Canada around major business hubs and educational institutions. Ascend offers professional development and career enhancement programs designed to cultivate Pan-Asian talent.

Asian American Business Development Center:  Since its establishment in 1994, the Asian American Business Development Center has been striving to assist Asian-American businesses in strengthening their capacities to compete in the mainstream marketplace, to expand business opportunities and to promote greater recognition of the contribution of Asian-American businesses to the general economy.

APIAHF supports local AA and NHPI communities to have an influence on local, state, and national policy by providing policy and political analysis, research and data support, and effective communications strategies.

Committee of 100:  The Committee of 100 is a national non-partisan organization composed of American citizens of Chinese descent. Each member has achieved positions of leadership in the United States in a broad range of professions. With these diverse backgrounds, members collectively pool their strengths and experience to address important issues concerning the Chinese-American community, as well as issues affecting U.S.-China relations.

Korean American Coalition (KAC):  The Korean American Coalition is a nonprofit service, education and advocacy organization that facilitates Korean-American participation in civic, legislative and community affairs. KAC has grown into a national organization with membership chapters in several cities along the West Coast, Alaska and Hawaii and affiliate organizations on the East Coast. With more than a dozen full-time staff and a large base of volunteers, KAC provides a variety of direct and indirect services to the fast growing Korean-American communities across the nation.**

NetIP North America (Network of Indian Professionals):  NetIP North America's mission is to serve as a voice for the South Asian Diaspora and to provide a vehicle for South Asian professionals to enhance the communities in which they work and live. Areas of focus for the organization include economic growth and security, cultural awareness and preservation, family needs and education and learning.

Villy Wang is in the business of rewriting stereotypes, empowering youth of color to take back their narratives through storytelling. In this moving talk, Wang explains how she developed a program to train kids in filmmaking so they can create new, authentic stories and break the cycle of bias perpetuated in media.

Here are a few helpful resources focused on facts and on recognizing & addressing racism and microaggressions related to COVID-19i. There is a rapidly growing body of literature on this emerging topic.

5 things to Consider When Experiencing Hate

5 Ways to Help if You are Witnessing Hate

Since its official launch on March 19, 2020, the STOP AAPI HATE reporting center has received over 1700 reports of coronavirus discrimination from Asian Americans across the country. The reporting center was founded by the Asian Pacific Policy and Planning Council (A3PCON), Chinese for Affirmative Action (CAA) and San Francisco State University’s Asian American Studies Department.

The following patterns emerged over the course of six weeks
● STOP AAPI HATE received 1710 incident reports.
● Nine out of ten respondents believed that they were targeted because of their race
● Thirty-seven percent of incidents took place at public venues, including streets, parks and transit
● Reports came from 45 states across the nation and Washington DC.

Although the Library of Congress Subject Headings provide information to search for academic resources, it is critical to recognize the derogatory and dehumanizing subject terminologies. These outdated terms impact researchers as they seek to retrieve their resources. The ASU Library, however, strives to achieve equity for all individuals of various backgrounds including race, gender, disability, class, age, etc. Although these terms affect academic and scholarly pursuits, it is critical that the ASU Library continues to provide access to these unique resources. The ASU Library supports and values the tremendous resources that the Library of Congress provides, though we would also encourage the Library of Congress to continue updating its subject terminologies which promote inclusivity and diversity.

This work is licensed under a Creative Commons Attribution-NonCommercial-ShareAlike 4.0 International License.