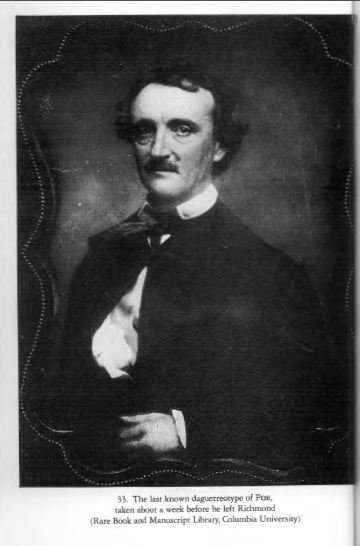 Edgar Allan Poe was born in Boston on January 19, 1809. During his lifetime he was best known for his poetry. Some of his poems that are still studied today are Annabel Lee, The Bells, Lenore, and The Raven. Today, The Raven may be his best known poem.

Mr. Poe is credited with being the father of both Horror/Macabre fiction and the Mystery genre. Three of his mysteries, The Purloined Letter,  The Mystery of Marie Rogêt, and Murders in the Rue Morgue are the first to have a police detective (C. Auguste Dupin) and to have a locked room mystery.

This time of year, we celebrate the gothic, macabre, and horror aspects of his writings. Many of his stories accurately depict the psychology of events and fears. Death was a preoccupation of his time period. The most horrifying part of this preoccupation was the fear of premature burial. Not only did he write a story called the Premature Burial, but this same theme occurs in The Fall of the House of Usher.

Poe himself died under mysterious circumstances in Baltimore on October 7, 1849. (see: The Mysterious Death of Edgar Allan Poe)

For more information on his life:

Biographies of Poe in the ASU Library