Queermisic Microaggressions are commonplace verbal or behavioral indignities, whether intentional or unintentional, which communicate hostile, derogatory, or negative slights and insults in relation to sexuality, sexual identity/orientation, and/or romantic orientation. They are structurally based and invoke oppressive systems of a heterosexist hierarchy. Transphobic Microinvalidations, Microinsults, Microassaults are specific types of microaggressions.

Note: The prefix “micro” is used because these are invocations of heterosexist hierarchy at the individual level (person to person), where as the "macro" level refers to aggressions committed by structures as a whole (e.g. an organizational policy). "Micro" in no way minimalizes or otherwise evaluates the impact or seriousness of the aggressions.

• The Many Faces of Homophobia: Microaggressions and the LGBTQIA+ Community

• “So are you a lesbian today?” The microaggressions of our supportive allies

• 7 Microaggressions to Avoid During Pride and Beyond

• 19 LGBT Microaggressions You Hear On A Daily Basis

• Why Heteronormativity Is Harmful

• When Kids Are Straight Until Proven Otherwise

• The Insidious Harm Of Casual Heteronormativity

• What Is Heteronormativity – And How Does It Apply to Your Feminism?

• Coming Out: Queer Erasure and Censorship from the Middle Ages to Modernity

• Hollywood Needs to Recognize a World Where Black Girls Kiss

• ‘A’ Is For Asexual: Erasing The Asexual Orientation

• Yes, I’m in a same-sex relationship. But please don’t call me a lesbian

• Why We Need Mental Healthcare Without Asexual Erasure

• Violence Against the LGBT Community (video)

• Victims of LGBT hate crime tell their stories - Is It Safe To Be Gay In The UK? (video)

• Television Has A 'Bury Your Gays,' Queerbaiting, And LGBTQ Representation Problem

Why are People Homophobic? | BBC Ideas

In the latest in our series about prejudice - and the underlying reasons behind it - we speak to LGBT activist Richard Beaven about some of the reasons behind homophobia. And he shares his own personal story of coming out as gay when he was almost 40.

A glimpse of the key findings of the report from the 2020 LGBTQ youth in the survey:

68% of LGBTQ youth reported symptoms of generalized anxiety disorder in the past two weeks, including more than 3 in 4 transgender and nonbinary youth

48% of LGBTQ youth reported engaging in self-harm in the past twelve months, including over 60% of transgender and nonbinary youth

10% of LGBTQ youth reported undergoing conversion therapy, with 78% reporting it occurred when they were under age 18

29% of LGBTQ youth have experienced homelessness, been kicked out, or run away

The It Gets Better Project is a nonprofit organization with a mission to uplift, empower, and connect lesbian, gay, bisexual, transgender, and queer youth around the globe. Growing up isn’t easy, especially when you are trying to affirm and assert your sexual orientation and/or gender identity. It can be a challenging and isolating process – but, the good news is, no one has to do it alone. 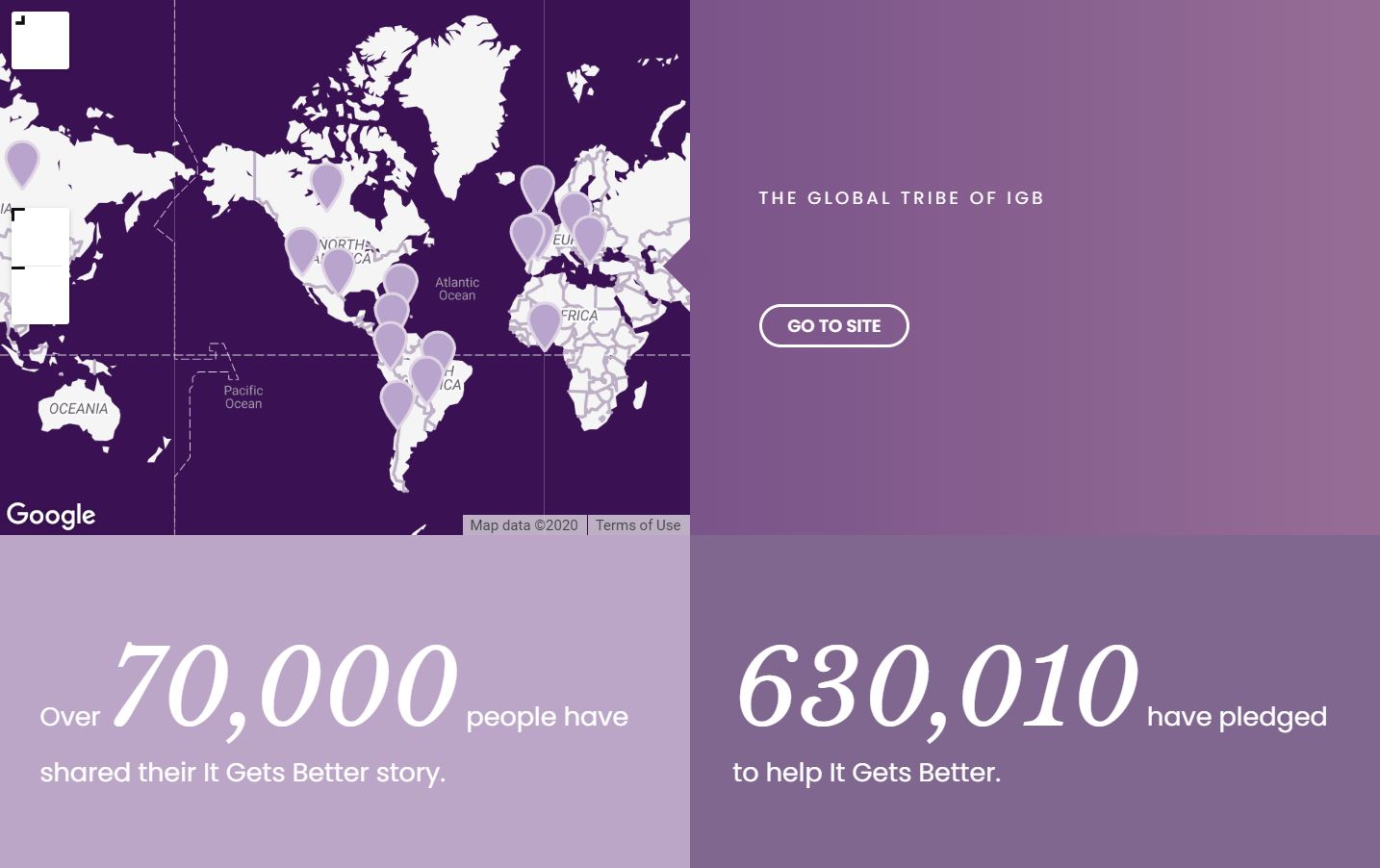 This work is licensed under a Creative Commons Attribution-NonCommercial-ShareAlike 4.0 International License.

This Libguide began with the main categories and many of the resources from of the amazing Simmons University Libguide (referenced above), and has grown to include sources from our ASM colleagues, as well as colleges, universities, associations and NGOs from across the globe. It is a work in progress with news, resources and links to actionable information.

The Facts in America-State by State 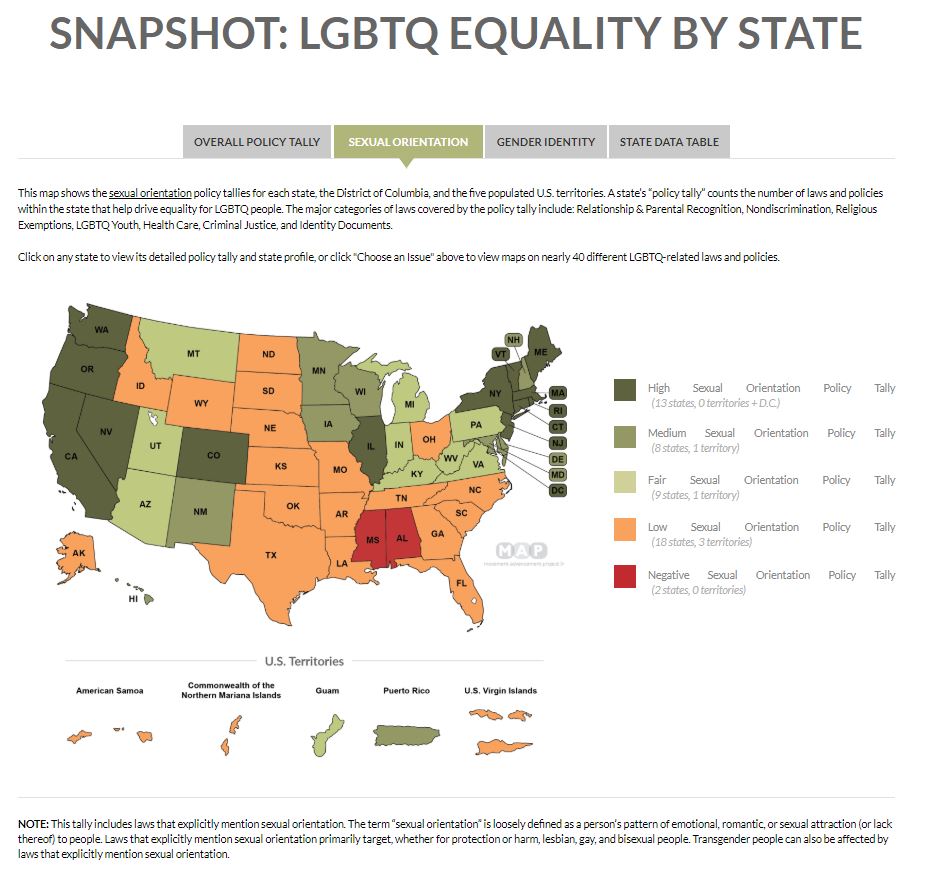 The It Gets Better Project, through It Gets Better EDU, is proud to present Youth Voices – Pride 2020, a group of four exceptional young people who are partnering with our organization this Pride season to offer their unique stories and words of advice to other LGBTQ+ youth around the globe. They are students, artists, and activists who are working to change their communities for the better and who have empowering insights to lend to their LGBTQ+ peers.

Learn more about each of these Youth Voices below, and tune in to this year’s Digital Pride Experience to catch them in action. 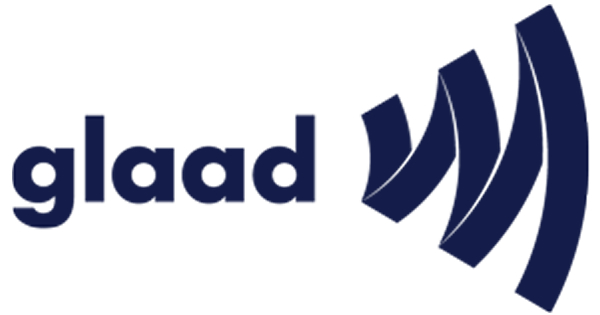