Arizona State University’s campuses are situated on the homelands of many tribal nations, in particular the O’odham and Piipaash, and acknowledge the many Indigenous communities who reside in this territory.

Those Collins Presentation and Meal Box 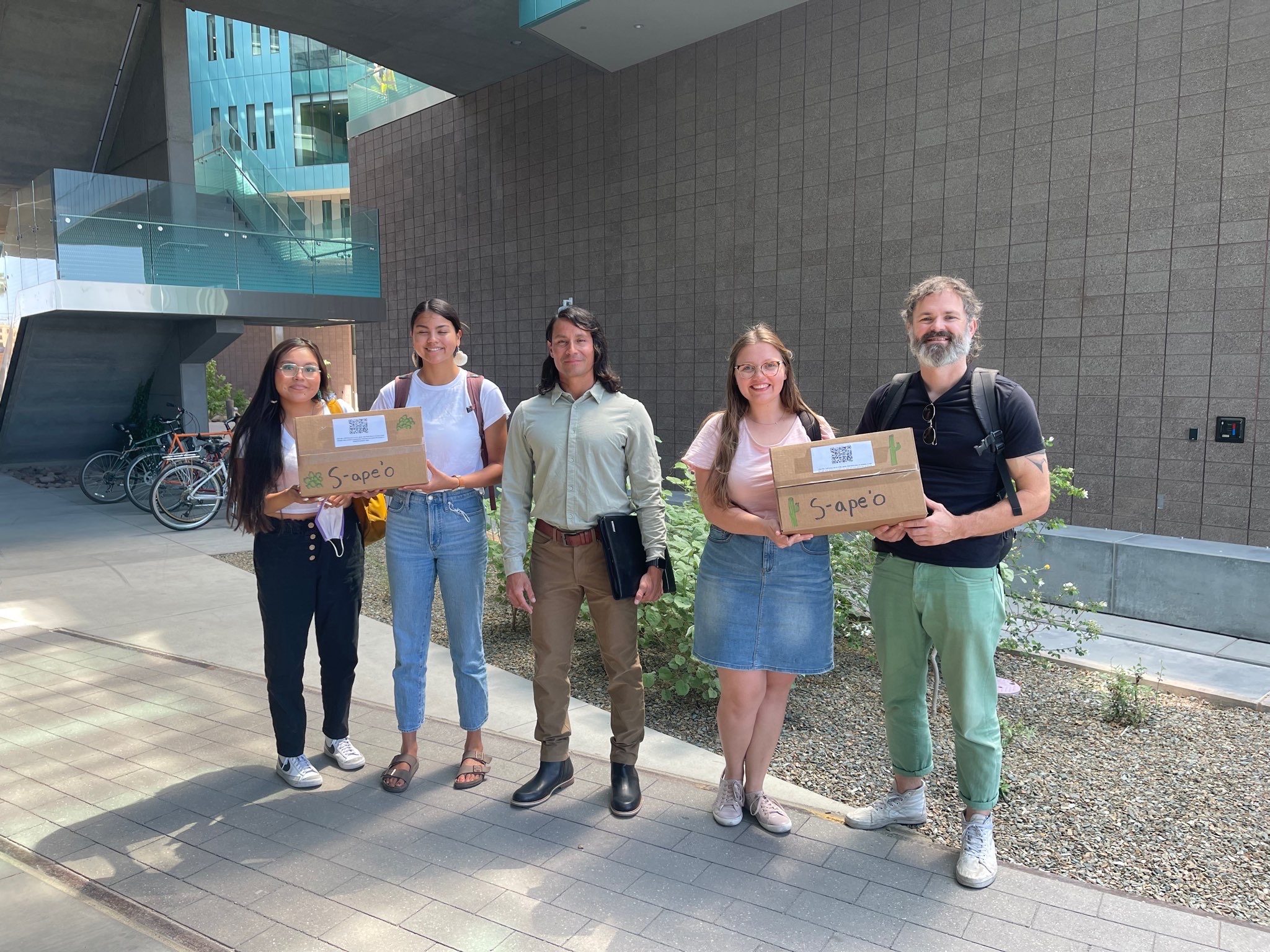 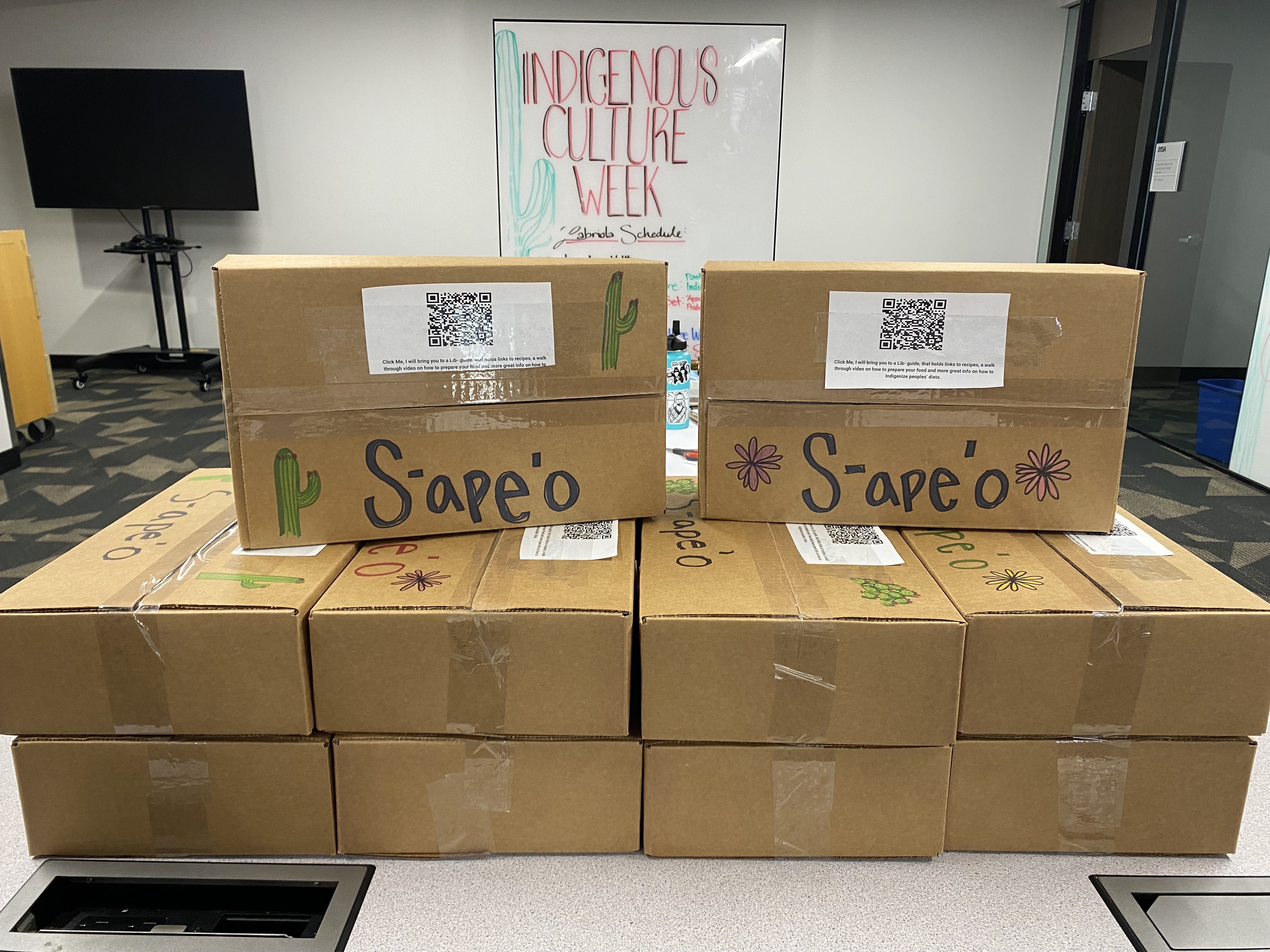 O’odham (Aw-Aw-Thum) translates to “The People”, their civilization consists of its own unique government, language, spirituality, artistic activity, social structure, and advanced technology. O’odham civilization is born in one of the hottest and driest places in North America, the Sonoran desert. Since the time of immemorial, they have inhabited the Sonoran desert, starting from what is now known as northern Mexico into southern California and southern Arizona. O'odham governance was primarily at the village level. The various O'odham communities were a network of families, villages, and ancestral lands. Their spirituality and culture derive from Himdag, the way of life for O’odham, encompassing their culture, traditions, identity, and being. It is built by character to live with integrity and persistence with a good heart for ourselves, our family, our community, and our environment. Traditionally O’odham language was spoken and dialects vary based on region. O’odham share the same food sources, they were hunters and gathers and were well known for our agriculture; crops consisted of beans, squash, salt, and corn. Saguaro fruit (Bahidaj) has also been an important food source for them and during the time of harvest for Bahidaj, they celebrate the beginning of their new year. Their social structure is patriarchal,  it contains a two clan system that is based on the father. Due to the diverse land bases of the Sonoran desert, O’odham resides in different regions; living in opposite environments and using different resources created distinct O’odham communities that connected to our identity. O’odham tribal nations have different perspectives but know that we are all O’odham relatives.

Keep in mind that there are many more aspects among the O’odham. What we described is only a “tip of the iceberg”. 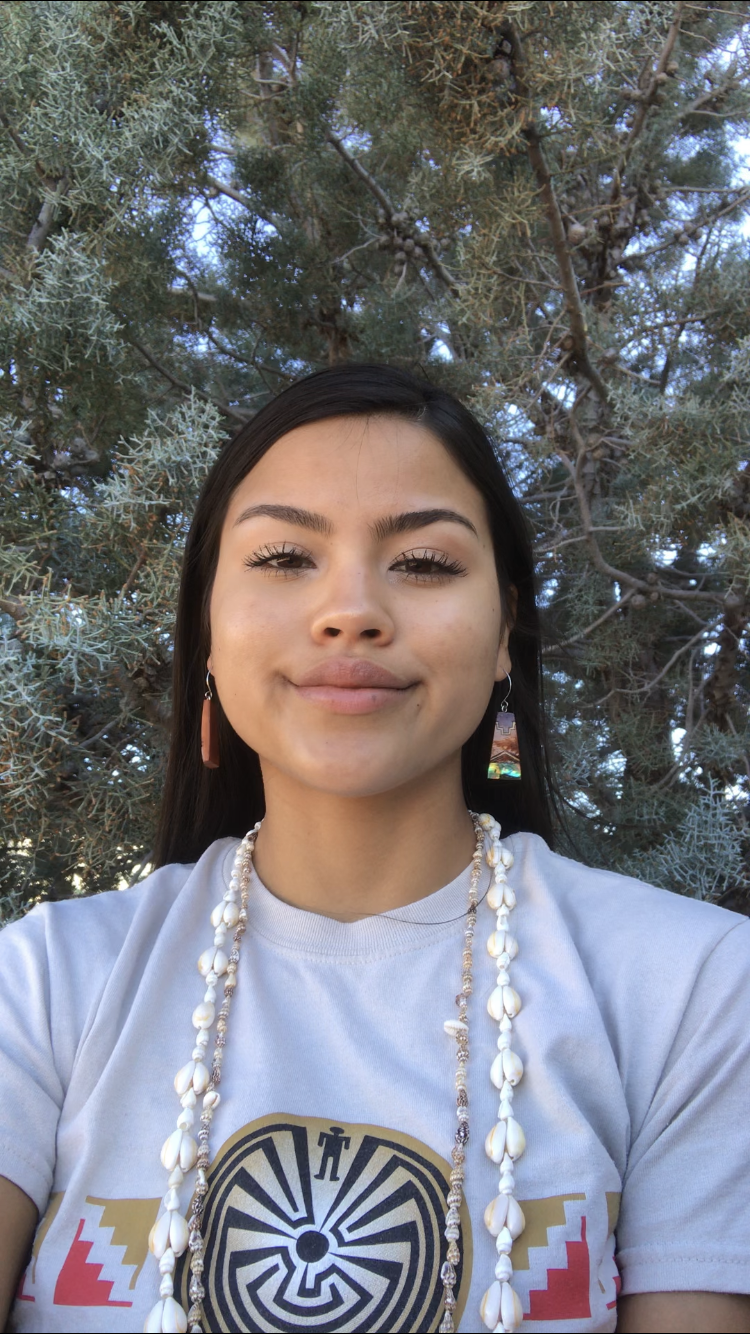 Lourdes Pereira is this year's Miss Indigenous ASU 2020-2021. She is Hia-CedO’odham and Yoeme and a member of the Tohono O’odham Nation coming from the San Lucy District. Lourdes is a Junior at ASU, double majoring in Justice Studies and American Indian Studies. She works for Labriola National American Indian Datacenter at Arizona State University. Lourdes is passionate about empowering and advocating for Indigenous communities. 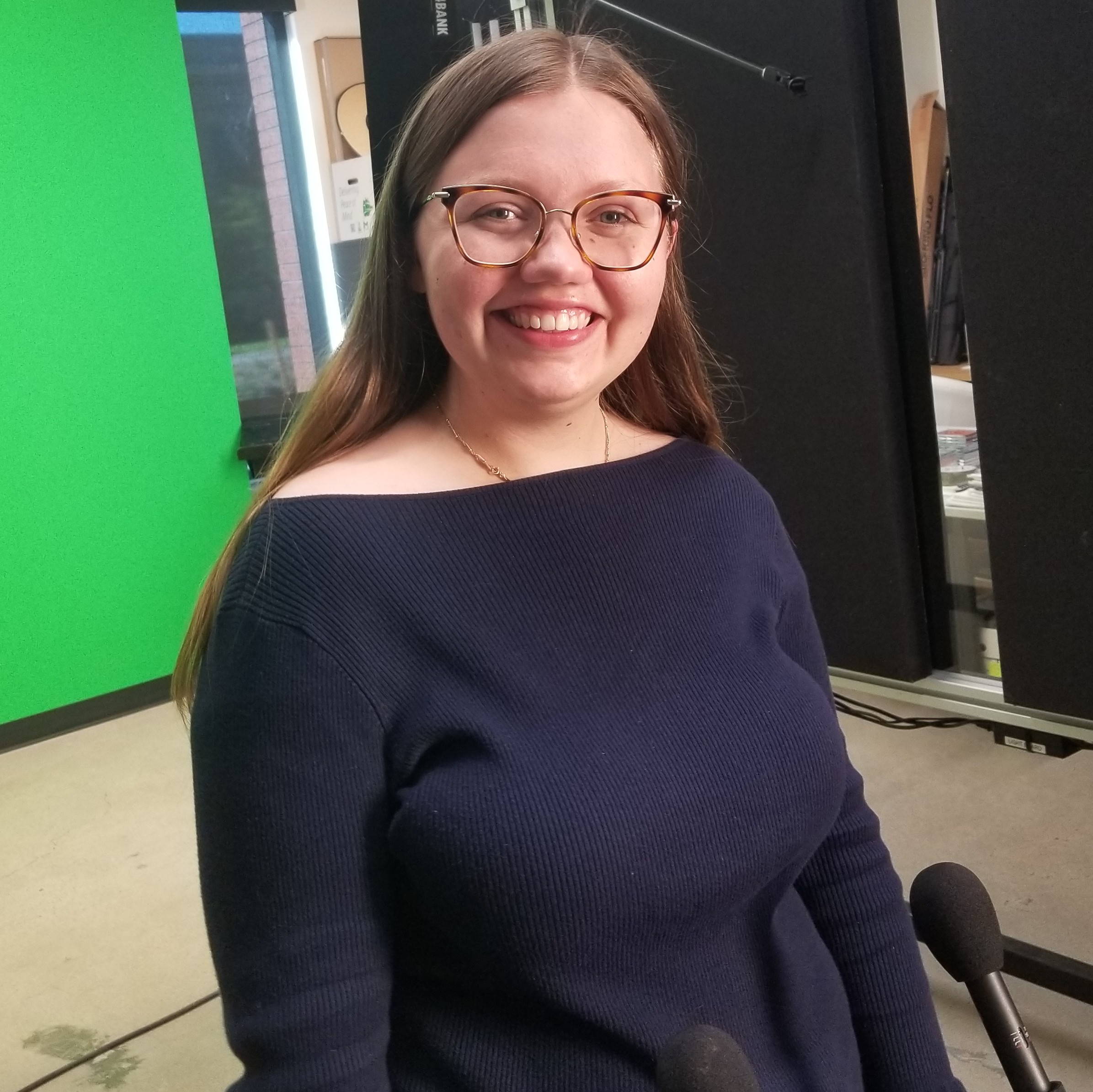 Chloe Larson is a senior at Barrett, the Honors College and is a double major in Chemistry and Italian. She is currently working on her thesis which is a series of videos where she introduces female farmers from Southern Italy and their work in protecting biodiversity and heritage crops. Chloe became interested in the O'odham meal box project because of her research of farmers and having lived in Phoenix, Arizona her whole life she wanted to learn more about the traditions and native foods of the O'odham Nation. 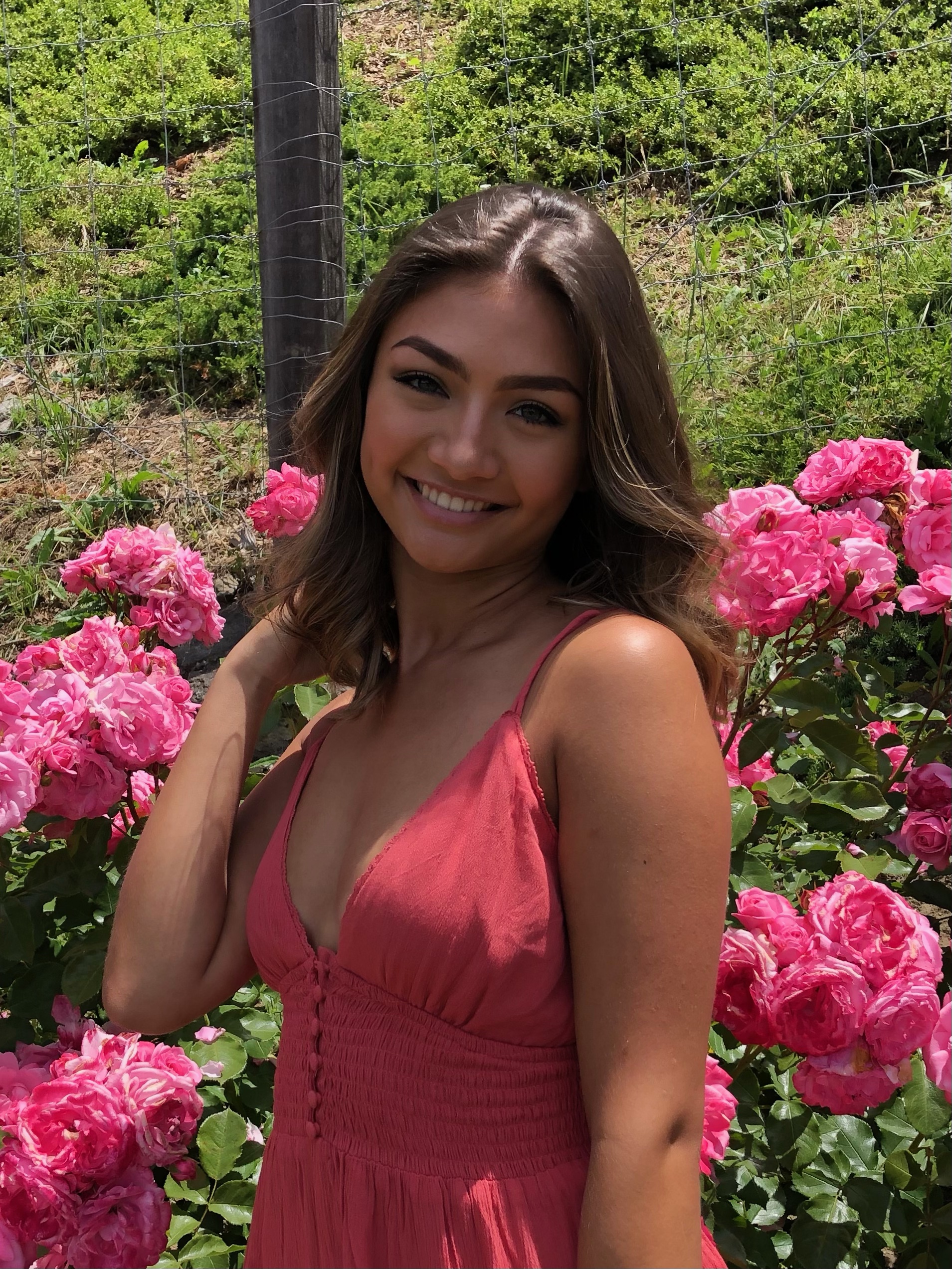 Hi there! My name is Rachel George and I am a senior majoring in Interdisciplinary Studies with my concentrations being Project Management and Communication. I have always enjoyed learning about different cultures and feel extremely fortunate to be in the Indigenizing Food Systems Humanities Lab. So far this semester I have already learned so much about indigenous people and am very excited for our meal box project. Outside of school, I love to cook, garden, play music, exercise and spend time with my friends and family. After college, I plan to spend time traveling and continue to learn about cultures all around the world. 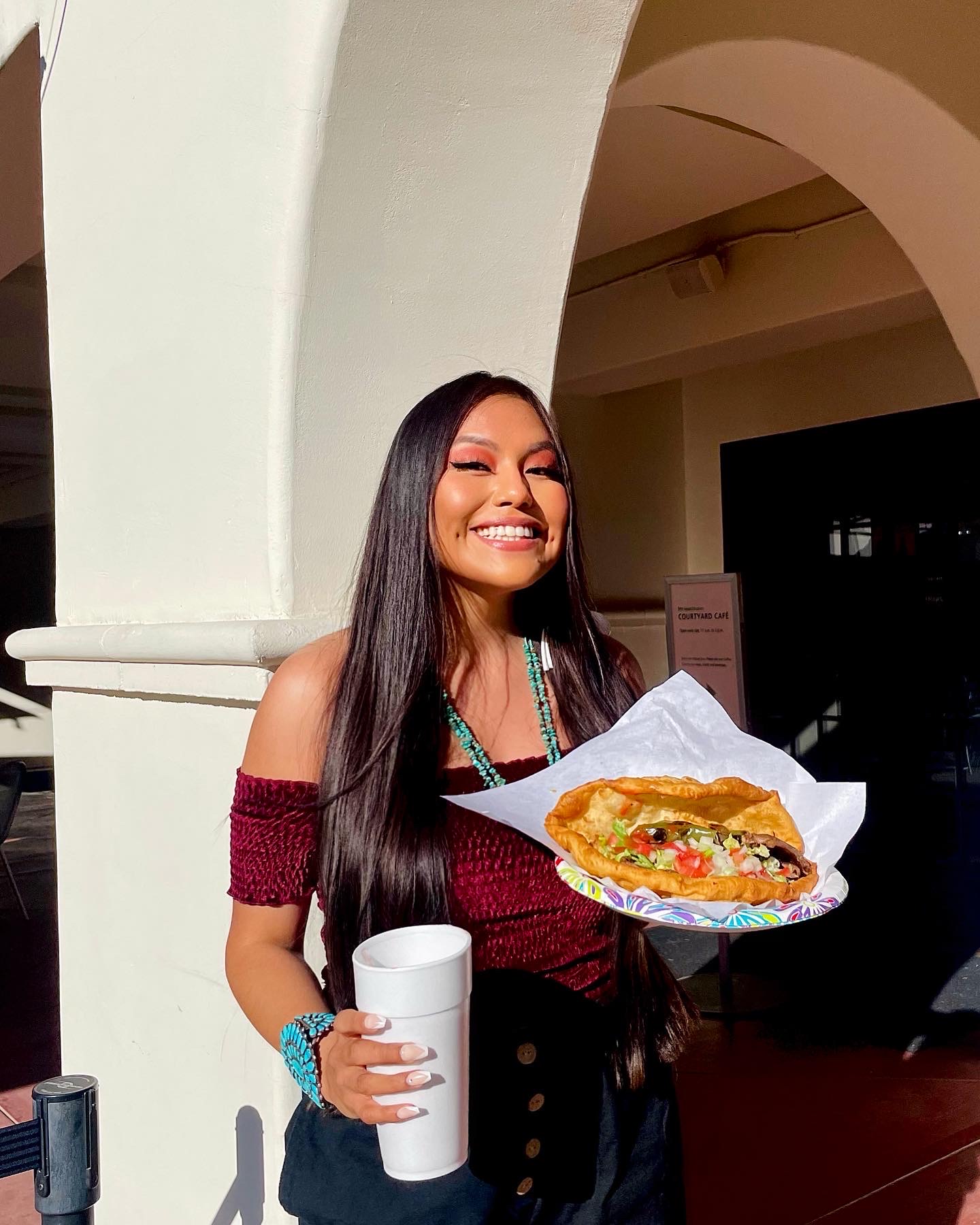 My name is Savannah Nelson (Diné/Navajo). My family has roots in Dilkon, AZ and Wide Ruins, AZ and I was raised in the Phoenix valley (O’odham and Piipaash land). As an undergraduate, I’ve been dedicated to the Native Sun Devil community through the following organizations: Indigenous Wellness Alliance, Alliance of Indigenous Peoples, Miss Indian ASU Royalty Court 2019 - 2020, Land Recognition Committee, Native American Heritage Month Committee, Voices of O’odham Students, and Council of Coalitions. Currently, I am also a Nutrition Educator at ASU's Sun Devil Fitness Complex and an Arizona Cancer Evolution Center (ACE) Intern under the National Cancer Institute (NCI). After graduation, my goal is to become a Registered Dietitian. Ultimately, I aspire to continue working to indigenize spaces starting with the revitalization of Indigenous health + wellness in urban and Rez communities.