Works by & about Indigenous People in ASU Library

Power and Place examines the issues facing Native American students as they progress through the schools, colleges, and on into professions. This collection of sixteen essays is at once philosophic, practical, and visionary.

Custer Died for Your Sins

Each generation of whites and Indians will have to read and reread Vine Deloria’s Manifesto for some time to come, before we absorb his special, ironic Indian point of view and what he tells us, with a great deal of humor, about U.S. race relations, federal bureaucracies, Christian churches, and social scientists. This book continues to be required reading for all Americans, whatever their special interest.

The State of Indian Country Arizona presents important stories about Indian people today in Arizona. In every case, the facts presented are vital, but it is equally important to understand why we chose to share these particular topics. Every section of this report reflects the common values of our Native American communities and culture.

In the Courts of the Conqueror

The fate of Native Americans has been dependent in large part upon the recognition and enforcement of their legal, political, property, and cultural rights as indigenous peoples by American courts. Most people think that the goal of the judiciary, and especially the US Supreme Court, is to achieve universal notions of truth and justice. In this in-depth examination, however, Walter Echo-Hawk reveals the troubling fact that American law has rendered legal the destruction of Native Americans and their culture.

This first collection, in prose memoir and poetry, of the work of a Navajo poet and teacher describes attending a government school for Indian children and the challenge it presented to her socially, culturally, and expressively.

This comprehensive survey of indigenous languages of the New World introduces students and general readers to the mosaic of American Indian languages and cultures and offers an approach to grasping their subtleties. Authors Silver and Miller demonstrate the complexity and diversity of these languages while dispelling popular misconceptions. Their text reveals the linguistic richness of languages found throughout the Americas, emphasizing those located in the western United States and Mexico, while drawing on a wide range of other examples found from Canada to the Andes.

Robert A. Williams Jr. boldly exposes the ongoing legal force of the racist language directed at Indians in American society. Fueled by well-known negative racial stereotypes of Indian savagery and cultural inferiority, this language, Williams contends, has functioned “like a loaded weapon” in the Supreme Court’s Indian law decisions.

To the colonized, the term 'research' is conflated with European colonialism; the ways in which academic research has been implicated in the throes of imperialism remains a painful memory. This essential volume explores intersections of imperialism and research - specifically, the ways in which imperialism is embedded in disciplines of knowledge and tradition as 'regimes of truth.' Concepts such as 'discovery' and 'claiming' are discussed and an argument presented that the decolonization of research methods will help to reclaim control over indigenous ways of knowing and being.

This book provides the reader with a basic understanding of the historical impact of colonization, the ensuing results of urban migration and boarding schools, and the effects that these events have had on the Native community.

In The American Indian Intellectual Tradition, David Mart nez presents thirty-one essays that exemplify Native American intellectual culture across two centuries. The occasion for many of the pieces was the exertion of colonial and then federal power to limit or obliterate the authority and autonomy of American Indians. The writers featured were activists for their home communities and for all indigenous people.

Longtime residents of the Sonoran Desert, the Tohono O'odham people have spent centuries living off the land--a land that most modern citizens of southern Arizona consider totally inhospitable. Ethnobotanist Gary Nabhan has lived with the Tohono O'odham, long known as the Papagos, observing the delicate balance between these people and their environment. Bringing O'odham voices to the page at every turn, he writes elegantly of how they husband scant water supplies, grow crops, and utilize wild edible foods.

As biological diversity continues to shrink at an alarming rate, the loss of plant species poses a threat seemingly less visible than the loss of animals but in many ways more critical. In this book, one of America's leading ethnobotanists warns about our loss of natural vegetation and plant diversity while providing insights into traditional Native agricultural practices in the Americas. Gary Paul Nabhan here reveals the rich diversity of plants found in tropical forests and their contribution to modern crops, then tells how this diversity is being lost to agriculture and lumbering.

Forced to Abandon Our Fields

During the nineteenth century, upstream diversions from the Gila River decreased the arable land on the Gila River Indian Reservation to only a few thousand acres. As a result the Pima Indians, primarily an agricultural people, fell into poverty. Many Pima farmers and leaders lamented this suffering and in 1914 the United States Indian Irrigation Service assigned a 33-year-old engineer named Clay "Charles" Southworth to oversee the Gila River adjudication.

Where Clouds Are Formed

Ofelia Zepeda is a Native American poet who possesses a kind of double vision. She sees the contemporary world through her own highly observant eyes and, at the same time, through the eyes of her Tohono O'odham ancestors. Seeing this way infuses her poetry with a resonance and depth that makes it a delight to read--and re-read. 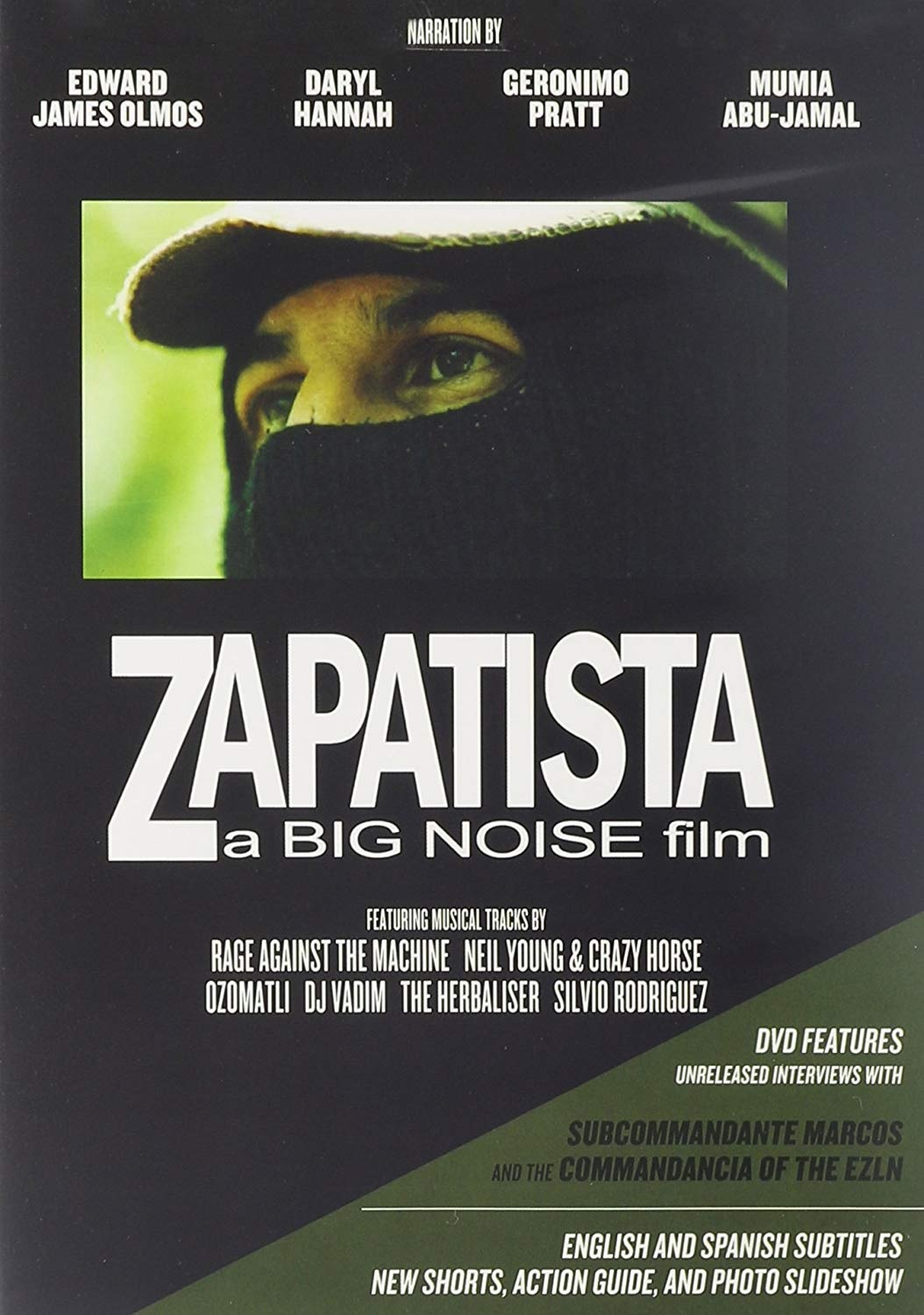 Zapatista looks at the uprising in Chiapas, Mexico and how it has affected the political culture of Mexico. 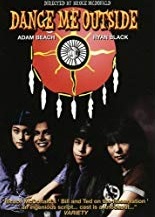 Dance Me Outside (VHS)

When the Kidabanessee Reservation in northern Ontario is shocked by a brutal murder of one of the residents, four teenagers find their friendships put to the ultimate test. The struggle to become men and women becomes entangled with a fight for justice as they find their friendships and romances maturing into something unexpected. 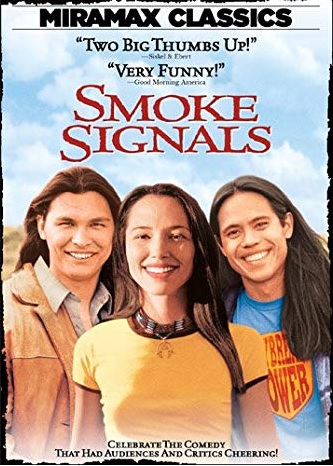 Two young Native Americans, Victor and Thomas, find friendship and self-discovery when they leave their small town to retrieve the remains of Victor's father.

Part travelogue and part scientist's notebook, The Last Speakers is the poignant chronicle of author K. David Harrison's expeditions around the world to meet with last speakers of vanishing languages. The speakers' eloquent reflections and candid photographs reveal little-known lifeways as well as revitalization efforts to teach disappearing languages to younger generations. Thought-provoking and engaging, this unique book illuminates the global language-extinction crisis through photos, graphics, interviews, traditional wisdom never before translated into English, and first-person essays that thrillingly convey the adventure of science and exploration.

This is a comprehensive collection of essays and communiqu©s of Subcommandante Insurgente Marcos. It chronicles the written voice of the Zapatista movement and its struggle to open a space within the neoliberal, globalised landscape for the oppressed peoples of the world. Includes introductions by Chomsky and Naomi Klein. In this volume, the writing of Subcommandante Marcos give eloquent expression to [the Zapatista] movement, revealing both its philosophical foundations and its tactical ingenuity.' - Howard Zinn.' 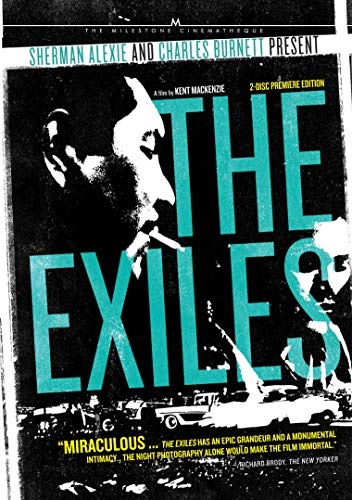 "[C]hronicles one night in the lives of young Native American men and women living in the Bunker Hill district of Los Angeles. Based entirely on interviews with the participants and their friends, the film follows a group of exiles -- transplants from Southwest reservations -- as they flirt, drink, party, fight, and dance."

House Made of Dawn

The magnificent Pulitzer Prize-winning novel of a stranger in his native land "Both a masterpiece about the universal human condition and a masterpiece of Native American literature. . . . A book everyone should read for the joy and emotion of the language it contains." - The Paris Review A young Native American, Abel has come home from war to find himself caught between two worlds. The first is the world of his father's, wedding him to the rhythm of the seasons, the harsh beauty of the land, and the ancient rites and traditions of his people. But the other world--modern, industrial America--pulls at Abel, demanding his loyalty, trying to claim his soul, and goading him into a destructive, compulsive cycle of depravity and disgust.

Bridging the fields of youth studies and language planning and policy, this book takes a close, nuanced look at Indigenous youth bi/multilingualism across diverse cultural and linguistic settings, drawing out comparisons, contrasts, and important implications for language planning and policy and for projects designed to curtail language loss. Indigenous and non-Indigenous scholars with longstanding ties to language planning efforts in diverse Indigenous communities examine language policy and planning as de facto and de jure - as covert and overt, bottom-up and top-down. This approach illuminates crosscutting themes of language identity and ideology, cultural conflict, and linguistic human rights as youth negotiate these issues within rapidly changing sociolinguistic contexts.