Sequential art is an art form that uses images deployed in sequence for graphic storytelling or to convey information. Sequential art predates contemporary comics by millennia. Some of the earliest examples are cave paintings, Egyptian hieroglyphics, and pre-Columbian American picture manuscripts, which were recurrent media of artistic expression.

Comics have played a huge part not only in the history of the United States, but really all of human history. For example, the earliest political cartoon in America helped communicate the colonies wish for independence in a way that incited a revolution. Another example of just how much comics have impacted our history is the Martin Luther King and the Montgomery Story comic, which is a 16-page comic book about Martin Luther King, Jr., Rosa Parks, and the Montgomery Bus Boycott published in 1957 by the Fellowship of Reconciliation (one of the oldest known interfaith peace organizations). It advocates the principles of nonviolence and provides a primer on nonviolent resistance. 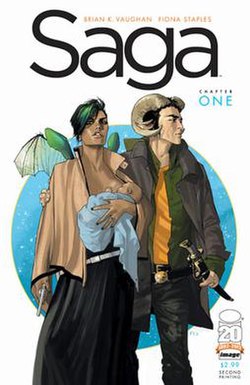 Note: Not all scholars and fans apply this same periodization scheme. Furthermore, the dates selected may vary depending on the authors (there are at least four dates to mark the end of the Bronze Age). This is intended to be a basic guideline for cultural and social shifts in the production and consumption of comics. In this guide, the Modern Age is broken up into the Dark Age, and Present Day, in order to highlight important collections and themes.