Artists incorporated their understandings and visions of the Middle Ages into their artwork without necessarily being faithful to the original while still evoking a sense of the past. This type of usage is best represented in renderings of clothing and iconography as in examples below from the Kelmscott Chaucer.

The illustrations drawn by Edward Burne-Jones combine his fascination with Chaucer, dating back to his undergrad days with Morris at Oxford University, where in their spare time, they read Chaucer and looked at books in the Bodleian Library. Burne-Jones' images reject realism and opt for details that evoke his vision of the Middle Ages that are highly colored by the chivalric ideal found in Arthurian romances. 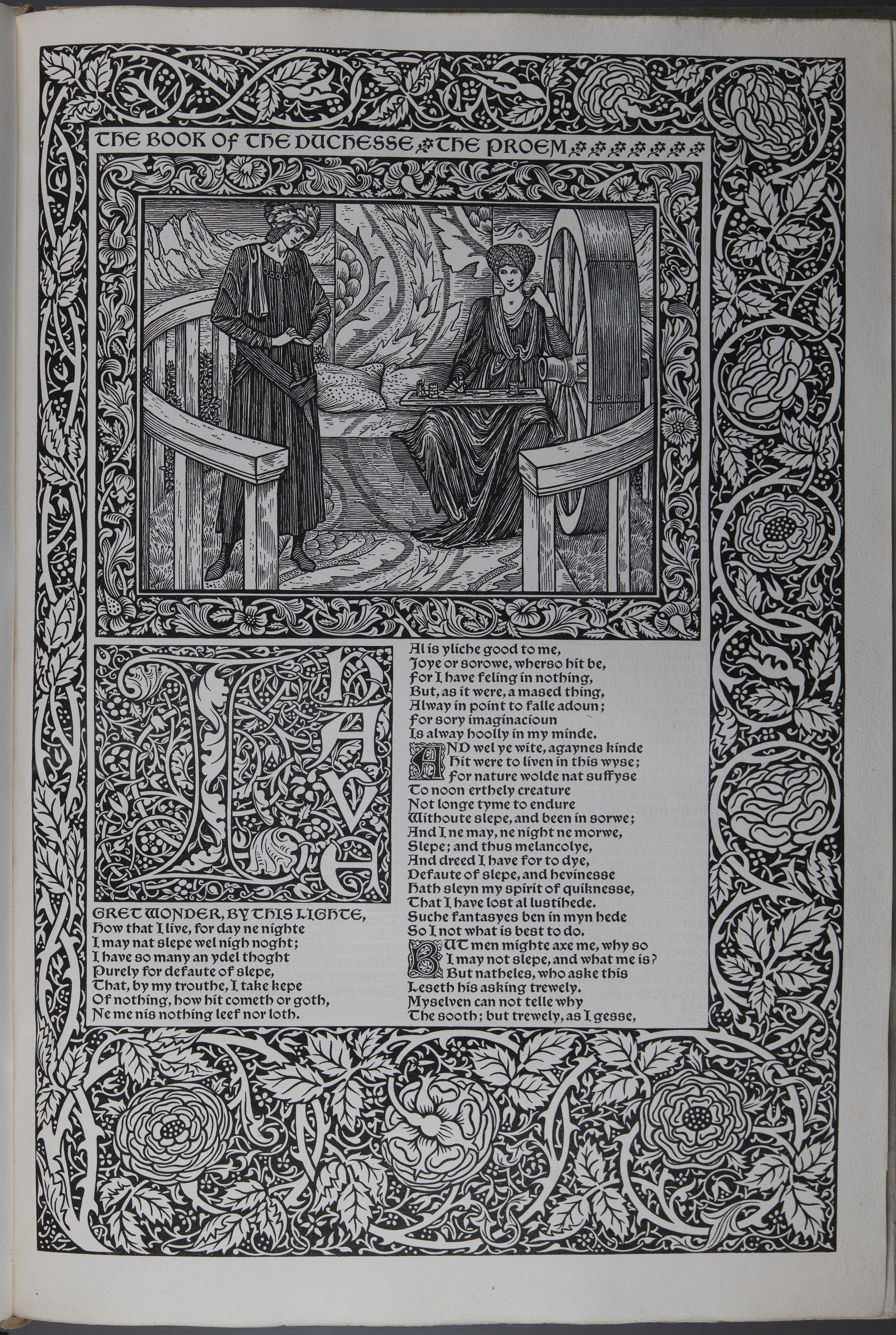 Pictured left is a scene from "The Book of the Duchess," one of Chaucer's earliest major poems.  Burne-Jones draws on the popularity of the Roman goddess, Fortuna, during the Middle Ages. He depicts her playing a game of chess against a knight. Drawing on his vision of the Middle Ages, he sets her in a medieval setting rather than an ancient Roman one.

Furthering his vision of the Middle Ages, he dresses her in a dress with free-flowing folds. This style did not fit with 19th-century English fashion, but it effectively recalls some other time from the past. The horn headdress the woman wears also attempts to set this scene sometime in the high or late Middle Ages when covering the head was common for women. 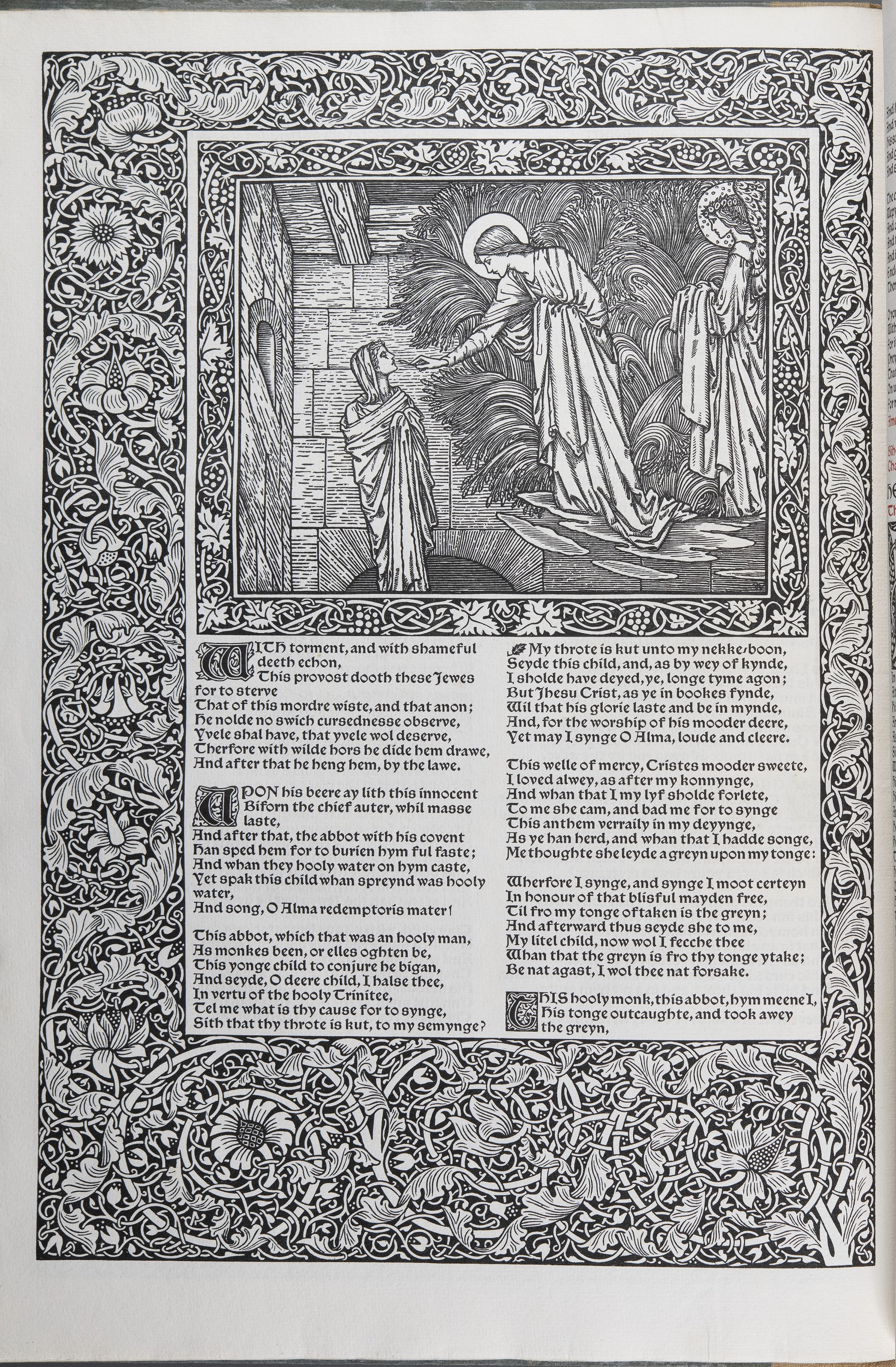 In this page from the Kelmscott Chaucer, Burne-Jones employs several elements reminiscent of illuminated medieval manuscripts. He uses strong vertical and horizontal linework. The composition of the scene and his depiction of the outstretched hand of the figure in the center echo depictions of salvation found in medieval bibles.