Guide for library and Internet research resources about children's and young adult literature.

Get immediate help from a librarian via chat or email. 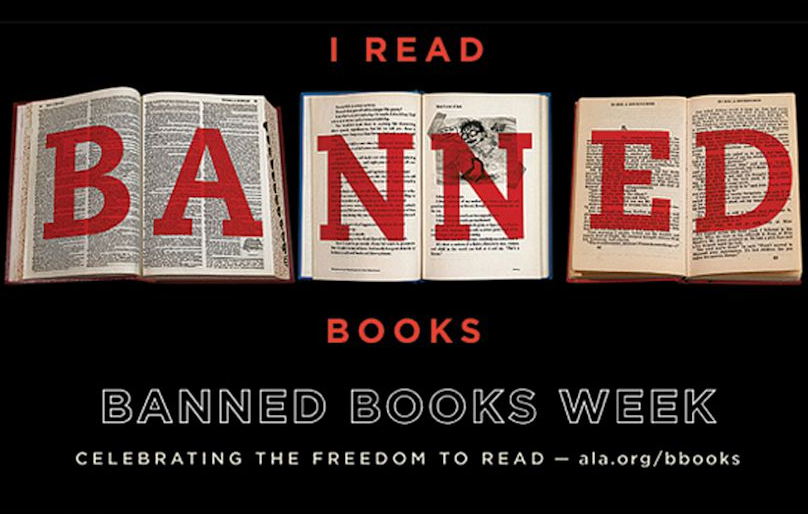 "The American Library Association promotes the freedom to choose or the freedom to express one's opinions even if that opinion might be considered unorthodox or unpopular, and stresses the importance of ensuring the availability of those viewpoints to all who wish to read them."

Annual List of Banned & Challenged Books (American Library Association- ALA)
The links to list of books challenged, restricted, removed, or banned each as reported in the Newsletter on Intellectual Freedom are below. Some links  download a PDF of each list while others link to a web page.

Frequently Challenged Books American Library Associations's Office for Intellectual Freedom receives reports from libraries, schools, and the media on attempts to ban books in communities across the country.

Office of Intellectual Freedom (OIF)
OIF is charged with implementing American Library Associations policies concerning the concept of intellectual freedom as embodied in the Library Bill of Rights, the Association’s basic policy on free access to libraries and library materials.
Banned Books in Children's Literature Library Guide
Extensive information about banned children's & young adult books including links to ALA resources complied by Wayne State University Education Librarian.
Freedom to Read Foundation
The Freedom to Read Foundation was established in 1969 as a First Amendment legal defense organization affiliated with the American Library Association. FTRF is a separate corporation from the American Library Association, working in close liaison with the ALA.

Common Reasons Given for Challenging or Banning Books

Racial Issues: About and/or encouraging racism towards one or more group of people.

Encouragement of "Damaging" Lifestyles: Content of book encourages lifestyle choices that are not of the norm or could be considered dangerous or damaging. This could include drug use, co-habitation without marriage, or homosexuality.

Blasphemous Dialog: The author of the book uses words such as "God" or "Jesus" as profanity. This could also include any use of profanity or swear words within the text that any reader might find offensive.

Sexual Situations or Dialog: Many books with content that include sexual situations or dialog are banned or censored.

Presence of Witchcraft: Books that include magic or witchcraft themes. A common example of these types of books are J.K. Rowling's Harry Potter Series.

Religious Affiliations (unpopular religions): Books have been banned or censored due to an unpopular religious views or opinions in the content of the book. This is most commonly related to satanic or witchcraft themes found in the book. Although, many books have also been banned or censored for any religious views in general that might not coincide with the public view.